In 2006 I planned a month long trip cross-country in my VW camper. There was no itinerary as it was a trip designed for spontaneity and the old adage of the journey is the destination.

I have made these driving treks many times and on this particular trip, I wanted to add a creative approach. At the time I was living in Atlanta and my trip was planned for the month of October. In Atlanta, October is known as the “Month of Photography” in the Arts Community. I decided I would use this as a springboard for my concept of posting daily on-line photographs of my trip.

This time I thought about people that carry garden gnomes or pink flamingos around the world and photograph them in different locations. I came up with the idea of a clear piece of Plexiglas that I could hold up in front of each location. I wanted a short yet definitive word that would express the idea of being present in the world and becoming one with the environment. A word I could superimpose over the landscape. That is when I came up with the present tense of the word “BE” being “IS”.

I selected sky blue color for the lettering but what I didn’t anticipate was the life this little sign took on its own! At some point it started to remind me of the volley ball, “Wilson” that Tom Hanks talked to in the movie “Cast Away”. I would be driving along and suddenly I would see the landscape as an “IS” place. I also didn’t foresee the sign becoming an ambassador of good will! So many people would ask me “What does “IS” mean?” or some would say “Oh, the “IS” woman, we saw you at such and such place” or some would ask if they could hold the sign and be part of the project and in the photograph. 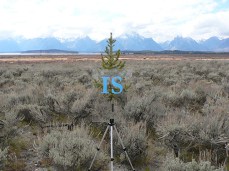 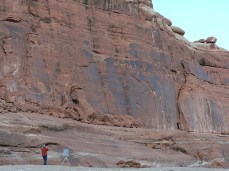 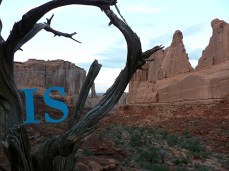 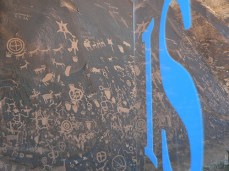 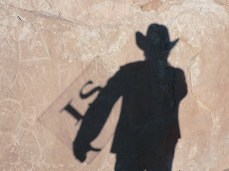 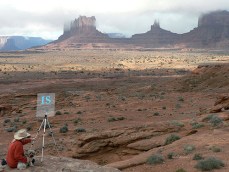 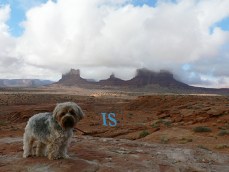 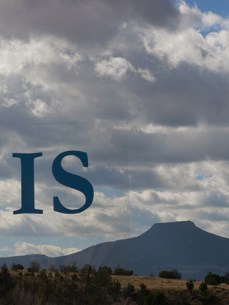 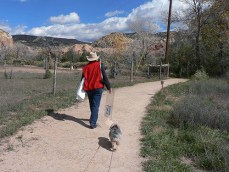 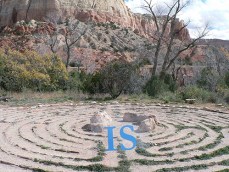