I was on a contemplative walk around a lake when a hawk appeared above my head. The hawk circled for so long that it caused me to stop walking. As I stood looking up and it continued to circle above me, I was awestruck. As I watched it in the sky, my perception suddenly shifted from the hawk to the brilliant blue sky and the visible afternoon moon. It was then that I heard my mind say “This is the Same Sky and the Same Moon Even Over Istanbul.”
This series concerns itself with this idea that we are one global life sharing the same sky and moon. And, this is the very same sky and moon contemplated by the likes of Plato, Buddha, Galileo, Michelangelo, Christ, and Woody Allen… but, in the latter case, only over Manhattan. In tribute to the hawk, a single bird image is hidden in each of the 12 panels. 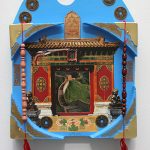 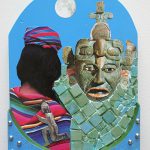 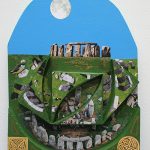 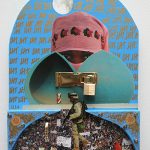 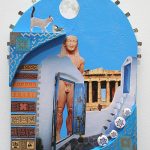 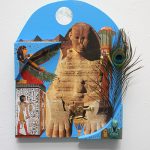 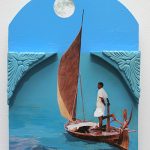 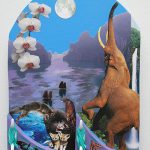 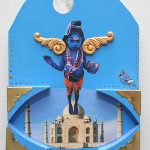 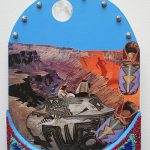